In the next book, Shattered Sky , Dawnpelt, along with most of the deserters, grows to regret her decision after seeing how cruel and dishonourable Darktail and his rogues truly are. She decides to leave along with her sons Strikestone and Juniperclaw, but not her daughter Sleekwhisker, who is implied to have a crush on Darktail. However, just as Dawnpelt is leaving, she is caught by Darktail and disappears after an argument with him. It is unknown exactly what happens to her, but is heavily implied that Darktail took her to the lake and drowned her, along with several other former ShadowClan cats who tried to leave.

Dawnpelt is confirmed to be deceased in Darkest Night , when she appears among the spirit of the cats who died during Darktail's reign. She is shown to deeply regret her decision to abandon the Clans and the fact that she gave up her life trying to make it right. 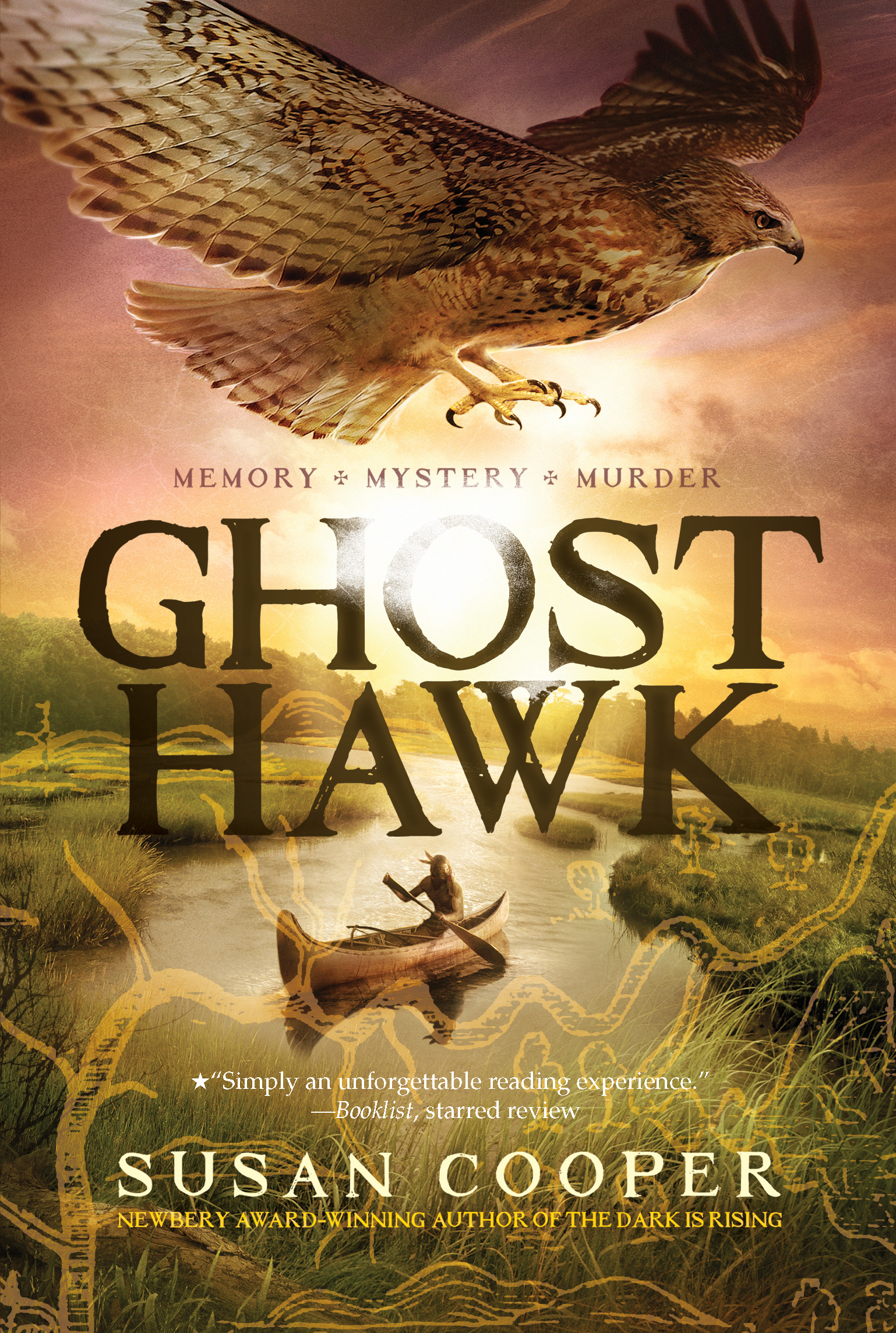 She later gives her brother Tigerstar, one of his nine lives. A sliver-grey she-cat with a white chest and bold green eyes, Needletail is the daughter of Berryheart and Sparrowtail. In The Apprentice's Quest and Thunder and Shadow , she is a rebellious and disrespectful apprentice, who, along with many others feels that ShadowClan needs to be feared again.

She is angry when Rowanstar turned away Darktail's rogues. Needlepaw openly criticized Rowanstar, and she was punished for speaking out against her leader. Her words later spark controversy within ShadowClan. When Darktail asks again to join ShadowClan, Rowanstar denies them, and Needlepaw leads an apprentice rebellion against Rowanstar, claiming she, along with the other apprentices do not want to live like Clan cats and leave to join the rogues.

An owl takes her and no patrols are sent out to search for her. She meets a rogue named Tree, and he takes her back to ShadowClan. Needlepaw is deeply hurt and disappointed to learn that her Clanmates assumed she was dead, sending her on the path of rebelliousness.


In Shattered Sky , Needletail is shown to have become one of Darktail's most loyal followers, and is perfectly content when Darktail makes them into the Kin and leaves the weaker cats to fend for themselves. Needletail becomes Violetpaw's only friend during the reign and believes Darktail to be the true leader ShadowClan needs. However, along with the majority of the former ShadowClan cats, she grows to regret her betrayal after realizing that Darktail is a brutal tyrant who wishes nothing more than to inflict harm onto other cats.

She becomes part of the plot to get rid him, but this backfires when Sleekwhisker notices Violetpaw putting poppy seeds in Darktail's prey. Darktail decides to punish Violetpaw by killing the one thing she has left, Needletail. Needletail sacrifices herself to allow Violetpaw to escape to ThunderClan, and as a result is drowned by Darktail, Sleekwhisker, and Roach.

Needletail's actions are remembered by Violetpaw, and Needletail's parents, Berryheart and Sparrowtail, greatly miss their daughter and are distraught to know that she, at the time, was one of Darktail's most devoted followers. In Darkest Night , it is revealed that along with all the other cats who were drowned by Darktail, Needletail was not granted entry into StarClan, nor the Place of No Stars. Instead, she has been sent to an unnamed residence where she connects with Tree, to who she admits she was wrong to trust Darktail, and later her childhood friend, Alderheart, giving him a prophecy to not dispel the incoming shadows.

Upon doing so, Needletail and the other cats are allowed into StarClan. In River of Fire , Needletail, despite having previously acknowledged her mistakes, continues to blame Rowanstar for ShadowClan's downfall for being a "weak leader". Shadowstar rebukes her statement, saying there is more to it than that, and Needletail seemingly accepts her point. On Kate's Blog, Kate Cary stated that she has sympathy for Needletail, but she can't understand why she was so "crabby". Their camp was located where the Twolegplace where Barley's farm currently sits and they have the unique ability to jump very high, a technique that has been passed on to some kittypets and rogues in the rocky canyon.

SkyClan's camp also spread over to where Firestar's friend, Smudge, lives. They were driven out when their part of the forest was excavated to create Twolegplace. Homeless and starving, SkyClan appealed to the other Clans for help, but none of them wanted to redivide their territory and as such SkyClan was forced to leave the forest.

They traveled north along the river before finally settling in a rocky canyon.

Before long, however, an intelligent and malicious horde of rats attacked and killed most of the Clan, forcing the remnants to scatter across the nearby forest and Twolegplaces. Modern SkyClan was reformed when Firestar, with the help of Sandstorm, set out to reunite the lost descendants of the Clan throughout the nearby area. Later, after rebuilding the lost Clan, SkyClan was able to defeat the rat pack and live in peace for moons to come under leadership of Leafstar.

SkyClan is still trying to make their clan larger since at the moment it is very small.

SkyClan have warriors that are at the gorge in the morning but sleep with their human owners at night. These cats are called "Daylight warriors", but the warriors in the clan sometimes call them "Kitty warriors". They are eventually driven out by The Kin who claim the Gorge as their own. During their exile, SkyClan is discovered by a ThunderClan apprentice named Twigpaw later Twigbranch who is revealed to be Hawkwing's daughter shortly afterwards.

Twigpaw brings her kin back to the Lake Territories where she Introduces Hawkwing to her sister Violetpaw later Violetshine. With all of the five clans together, Darktail and his rouges are defeated. Leafstar , a brown and cream tabby she-cat with amber eyes, was a rogue named Leaf before she came to SkyClan. After she joined, Firestar gave her the warrior name of Leafdapple , and she mentored Sparrowpelt. StarClan later chose Leafdapple to be leader because of her thoughtful personality and understanding of the warrior code. Firestar at first doesn't feel comfortable with her being the leader, but he realizes how perceptive she is when she tells him that she knows his first loyalty is to his own Clan at home.

During her leader ceremony, the ancient leaders of the four Clans come together to give her four of her nine lives as an apology to SkyClan for driving them out. Leafstar is also in love with Billystorm, a daylight-warrior, and they became mates. A dark ginger tabby tom with broad shoulders and green eyes, Sharpclaw was first a rogue named Scratch. After he joined SkyClan he received his warrior name Sharpclaw. He was a mentor to Cherrytail and is currently SkyClan's deputy.

He tends to have a quick temper and sharp tongue.

In the SkyClan manga, it is revealed that he has a crush on Cherrytail. He was killed by the rouge leader Darktail. Hawkwing, his son, succeeds him as deputy. A silver-grey tabby she-cat with dark grey paws and green eyes and a white chest and a fluffy tail, Echosong was a former kittypet named Echo , but was given the role of SkyClan's medicine cat after she began to have dreams of the ancient SkyClan and StarClan.

At first she was unsure of interpreting dreams from her warrior ancestors, but later grew into her role as a medicine cat. Later, Fawnstep, the medicine cat of SkyClan at the time of its exile, said she would be sharing dreams with her, implying that Fawnstep would be Echosong's mentor, in the way that Leafpool was Willowshine's mentor when Mothwing could not teach her about StarClan. A scarred, very old, dark grey tom with matted fur and pale blue eyes, Skywatcher was also known as Moony.

He was the one to show them around SkyClan territory. He died in his sleep, but Firestar believes that he wanted to live to see SkyClan rebuilt.

Hostiles review – hail to the chief on a dark western odyssey

He returns to give Leafstar one of her nine lives and he is also the cat to inform Firestar of the Power of Three prophecy: "There will be three, kin of your kin, who hold the power of the stars in their paws. A small tortoiseshell and white she-cat, Cherrytail was a former kittypet named Cherry , and teased Skywatcher for his strange behaviors, but later learns she is a SkyClan cat and becomes Cherrypaw , mentored by Sharpclaw.

At the end of Firestar's Quest she receives her warrior name, and mentors Rockshade. She is the sister of Sparrowpelt. She is very brave, excitable, and lively. She also mates with Sharpclaw, giving birth to Hawkkit, Cloudkit, and Blossomkit. The three cats' warrior names are Hawkwing, Cloudmist, and Blossomheart.

A pale grey she-cat with blue eyes, Petalnose was a former kittypet named Petal who was rescued by Firestar, Sandstorm, and SkyClan from an abusive Twoleg. Her mate is Rainfur , who died in the battle with the rats, and her two kits are Mintfur and Sagenose. After she was rescued she decided to stay in SkyClan with her mate and serve as a warrior once her kits were ready to be apprenticed, though her mate died shortly after in the battle against the rats. 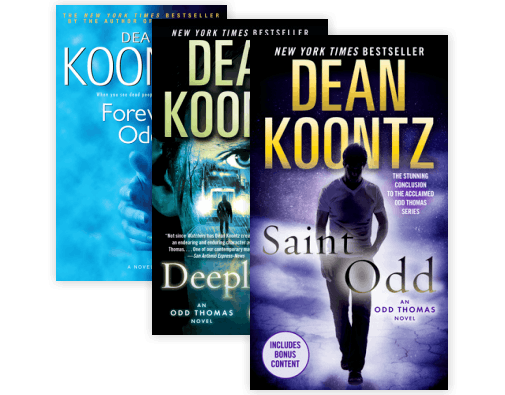